Hi Marcos. How did you get involved with the Safe Trip Home project?The lady in my film, Estamira, is also the subject of a feature documentary, in which I followed her life from the year 2000 to 2004. It's a film about this woman that lives for two thirds of the month inside that garbage dump. Then she goes home and washes, but her home was also very tough. Plus, she was diagnosed as schizophrenic and she started this treatment in this public mental hospital. So she'd go, take the medicine for schizophrenia and go working for two or three weeks at the dump and then she would go home. It ended up with this feature documentary, also called Estamira. It won many prizes at film festivals. After that, I participated in Live Earth with an English producer who invited my company to do a story. Then when she was looking for a director to do the Dido film she remembered me and called to ask if I could do a short story on Estamira using the footage that I had.

So, you used the footage which already existed?Yes, I didn't shoot anything. I have 300 hours of film of her and there is this relationship with these two best friends, who used to work and live with her at the dump. So I pitched that and they accepted. I wanted to build up the relationship between that woman and the two friends - which seemed to fit with the two little gods of the lyrics. It didn't take me a long time to cut it, because it fell into place so well.

Obviously it's quite a troubling film to watch.
It is.

What did you hope people would get from watching it?Well I spent 11 years on that garbage dump. I used to be a photographer too and I have a book on it. After spending seven years going there sporadically to take photographs, I met Estamira. Then I spent four years filming her. There are people living in conditions that we don't even imagine. People making a living from the rest of our civilisation. My film gives dignity to that woman. I think the short does too. Even though she's living in the dump and the conditions are very raw and very tough, I just wanted to show that there's dignity everywhere, even with people living in unbearable conditions. There is dignity, there is pride, there is honesty. The film goes through the life of that woman, understanding that she was a normal, middle class woman and things that happened through her life took her to the dump.

Do you know what's happened to her since you made the film?
Yes, we have a kind of personal relationship now. She was totally willing to do the film and tell her story. Every month we give a little money so that she doesn't need to go to the dump to make a living. It was like a mutual adoption - she kind of adopted us and we gave her back a little care, a little attention, a little friendship and a little money. But in the long film you end up finding out that the dump was a place that was very important for her, because at the dump she made friendship, she would make money, she would have all this social relation with the people there. When she was in her house, she was totally alone and the house was a shack in the slum. So she'd rather be at the dump living in an open area without a roof than being at home. It's crazy to think about it, but she was living a much nicer life at the dump. You have to watch the full film to completely understand.

Have those conditions improved in the last five years?Well, that dump in Rio de Janeiro they closed. And people like Estamira are forbidden to work on the new dumps, so lots of people got unemployed. There were like 15,000 people working at that dump, it was one of the biggest dumps in Latin America. There would be like 9,000 tonnes of garbage arriving every day. It was on the shore of the bay here, with all the liquid from the garbage soaking straight into the bay. It came to a point where it was saturated. But lots of people got unemployed when they closed it. It's a very tough situation to solve. But in other cities there are still lots of people working on the dumps, including children. I hope that Lady Landfill will get people asking what is going on there.

Is there anything Dido fans can do to help?
No, it's very tough. I guess people should just try to help where there arms extend, do things around you to be motivated to help anybody. There are people everywhere needing some assistance. Do what you can near you and we'll try to do what we can here. Even just trying to reduce packaging and waste is really important.

The short film does have a lot of humanity, hope and love in it.
Yeah, the two friends both respect her, and give her love and attention. You can also see that a lot more in the full film.

Was making it a rewarding experience?It was. I've produced and directed several other films and documentaries, but I never did a short in my life before this. It was very nice. It's great to tell a story in a short time, because the world is speeding up and people don't have time to spend two hours watching a documentary.

Did you hear from Dido about it?
Yes, she got in touch after the film was ready, because she was kind of amazed with the way it fits with the lyrics of the song, in a very subtle way. She said she was not sure if the lyrics would fit with all that imagery and the short story, but then she realised that it fitted perfectly. It was very nice that she got in contact and that my short story could add to something that another artist had made, to create a living piece of art in its own right.
_________________ 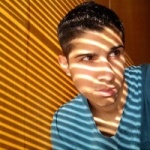